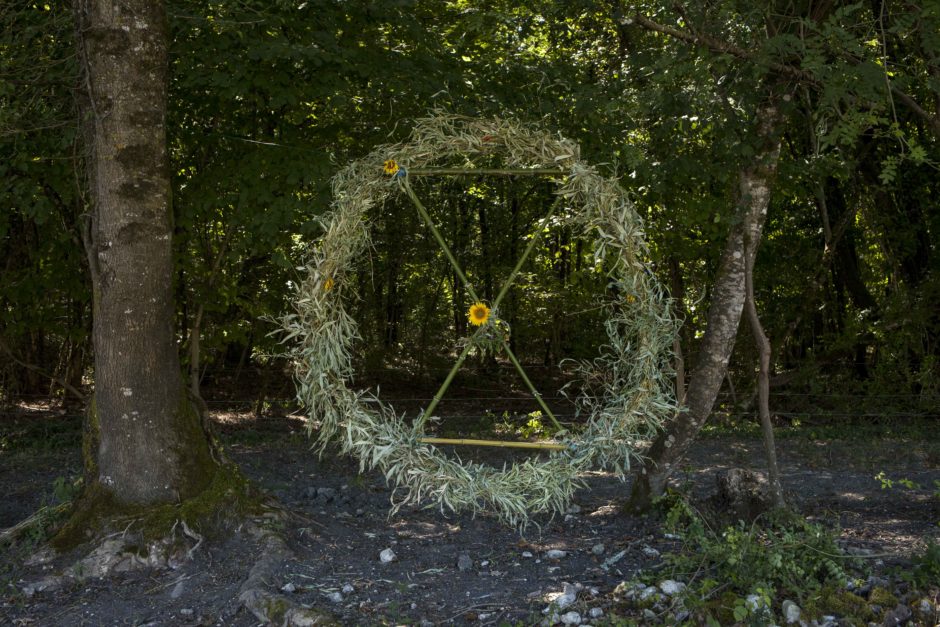 From a gentle sloping valley in Charente, the sweet sound of peaceful rebels filled the air, a magic flute, gentle guitars and the unifying force of collective song. As I lay in my tent listening I was filled with a sense of hope.

The XR France summer camp (17-25 August) was attended by 80 or so rebels living in joyous simplicity, signing up to take turns with cooking, emptying the composting toilets and bins, washing up or running a workshop. This was Extinction Rebellion at its finest: mutual respect, collective intelligence, creativity, simplicity, determination and fun. After the 9 am musical wake-up call (toned down after popular demand from the Monday morning techno to a gentler vibe!) and breakfast, the 9.30 am general assembly determined the programme for the day.

The workshops, proposed and facilitated by the rebels present, included non-violent direct action training, making arm locks, meeting/group facilitation, action coordination, talking to the media, IT security, giving the “heading for extinction” conference, art activities (making of kites, papier mâché skeletons, animal masks, serigraph printing, flags and banners), clown activism and two full half-days on preparations for the international rebellion in October. Regenerative culture was also present, with several workshops on the theme and yoga, mindfulness in motion, breathing exercises and Qi Quong. Some rebels also made time to work on the organic farm that hosted us. Roofs were repaired, greenhouses were weeded and rogue geese returned to their enclosure.

The evening assembly gave us a chance to raise points about daily camp life and share information. As the sun went down and delicious aromas began to emerge from the kitchen, rebels played dodgeball, tested their boxing skills or had a massage. This was a shining example of how it should be. It was an excellent chance to meet the faces behind the instant messages, and a breath of fresh air to be surrounded by a group of people with the same desires, fears and a shared vision of a resilient future built on love, respect and solidarity.