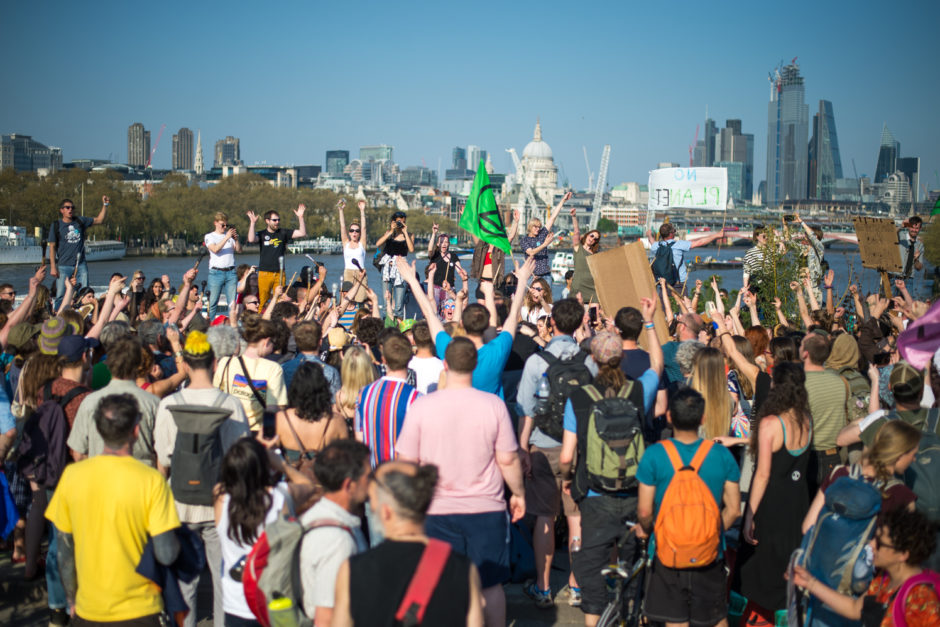 A Movement of Movements for the October Rebellion

Extinction Rebellion has introduced a Movement of Movements strategy as a crucial part of the International Rebellion in October and beyond. This approach will see a range of groups – often putting aside their differences – to take to the streets together in a unified call for immediate action on the climate and ecological emergency.

The initiative aims to include a wide range of groups from across society – doctors, farmers, animal justice activists, academics, faith communities, as well as international solidarity, peace, women’s, youth, elders, and disability groups.

The Movement of Movements has been formed in the knowledge that if we don’t put aside our differences and come together, right now this moment, then all that we love and all that we have worked for will be lost.

We need as many groups to take part as possible and we are asking all Rebels to help make this happen. Anyone who sees the protests in the media should see themselves reflected there. A broad alliance might easily divide over its disputes but what binds us together is strong and growing stronger.

For decades scientists and those close to nature have been pleading with us to change course. Yet throughout that time vested interests claimed publicly these voices could not be trusted.

And now, as wildfires rage across the globe, as flooding devastates our communities, as people are dying and being displaced at scale around the world and species go extinct every day, we’re seeing it with our own eyes.

In the words of James Baldwin, the American civil rights activist:

The climate and ecological crisis is the most vital and urgent challenge humanity has ever known. The science is grimly clear. We can’t wait for someone else to save us. The IPCC, the leading international body of climate scientists, has said that it is still possible to avoid the most catastrophic impacts, but only with an unparalleled concentration of political will.

The threat we’re facing is worse than the First and Second World Wars combined. Landing humans on the moon, defeating fascism, the reconstruction of Western economies through the Marshall Plan, none of those things were achieved without a transformational focus, and the challenge of surviving the climate and ecological crisis is greater still.

Existing institutions (both national and international) will need to be upcycled, repurposed and re-focussed as if in a time a war (only this is a “war” that can unite all people and all life). Through what is already a time of profound change and crisis, genuine democracy, based on trusted and accessible information about the urgency of the threat and its implications, will be more important than ever.

We are currently part of a story about one of the most critical moments in humanity’s history. Our ship is heading for the rocks, while the people stand paralysed by division until the ship goes down. But stories shape destinies and we plan to tell a different story: the story of people rising up together in the face of a common threat – the greatest existential threat in human history.