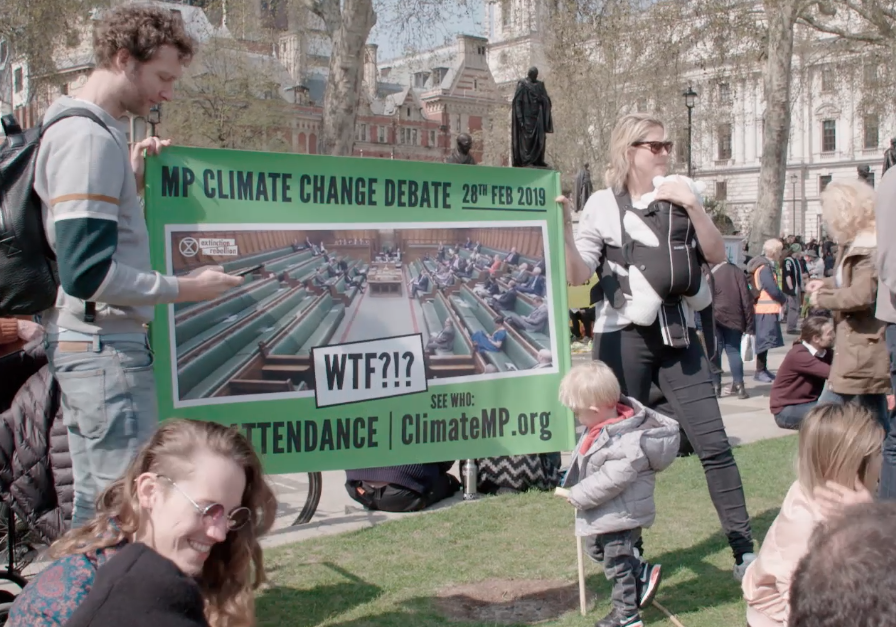 The film is directed and produced by ex-Reuters reporter Patrick Chalmers. Music for the film is provided by Massive Attack and is an exclusive remix of their track ‘Hymn of The Big Wheel’.

For interviews or to discuss embedding the film please contact using the details provided at the top of this press release.

David Farrell, leader of the Irish Citizens’ Assembly Project and winner of the 2019 Brown Democracy Award, said: “What is laudable about the Extinction Rebellion agenda is that the activists are not pushing for particular policy decisions on the climate emergency: they are merely asking that their government agrees to establish a citizens’ assembly and give it the task of bringing forward proposals.”

Patrick Chalmers, director and producer of The Deliberate Rebellion and ex-Reuters reporter, said: “I first reported on climate politics 25 years ago, including the then-hopeful global talks in Kyoto. Nothing came close to producing the policy changes our species needs. It’s sweet relief for All Hands On to film Extinction Rebellion’s explosion on to the planet. Maybe, finally, we’ll address this critical issue.”

Massive Attack’s Robert Del Naja, said: “If 52% in a punch-drunk referendum means we must shut down parliament and drive off a cliff for medicine and food shortages, what political action should result from a sobering 55% now demanding that government act much faster to prevent catastrophic flooding, crop failure and the mass extinction of the species?

“The democratic centre is still facing two ways when we desperately need laser focus. Everyone sees that parliament’s declaration of a climate emergency is totally incompatible with Heathrow expansion, fracking, slow deadlines for the phasing out of dirty road transport and a financial capital that adores transnationals who are still – despite all the scientific evidence and legal accords like Paris – seeking to extract new fossil fuel reserves.

“As street movements of resistance build, so must a new democratic catalyst.

“The magnitude and urgency of climate emergency dwarfs Brexit, and yet the obvious paralysis of party politics reveals a government unable to respond adequately.