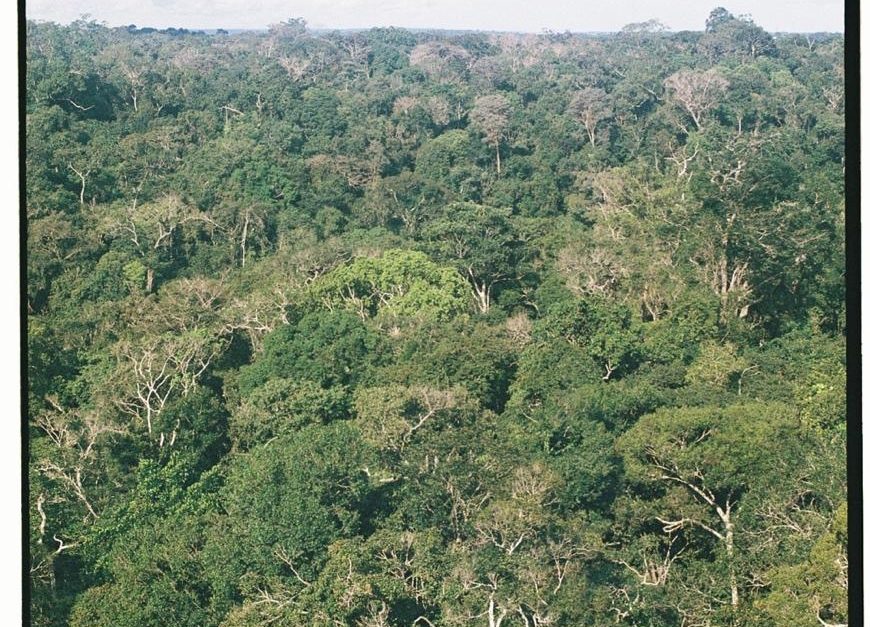 The last cries of an imperilled Amazon

Text and images by Victor Chaix. Victor recently returned from Brazil, and is currently an active member of XR Paris.

The largest forest on earth, home to nature’s most astonishing biodiversity and complexity, is under serious threat. To the despair of local communities and Brazilian activists, a resurgent form of colonialism and an unconstrained, globalized capitalism torment this climatic and biological heaven of planetary importance. Yet the Amazonian question is far from a national issue, as it provides ecological stability for Earth’s biosphere and it is being targeted by globalized capitalism.  The Amazonian forest is, in many ways, the ultimate window into humanity’s present ecological predicament.

In the face of the dark clouds gathering over the Amazonian rainforest, concerned citizens in Europe are awakening to the region’s great importance and bewildering beauty – this in part due to its infinite complexity and unrivalled diversity. This surge in interest can be illustrated in France, for instance, with the artistic successes of the celebrated film Chuva é cantoria na aldeia dos mortos, which follows the life of the young Ihjãc Krahô and the hardships he faces as an Indian in contemporary Brazil; or with the acclaimed Foundation Cartier’s Trees exposition, which reserves a large space for Brazilian or Amazonian-related works.

Interest in nature, the wilderness, and a more harmonious way of living with it is growing in Europe, yet for the local communities of the rainforest, this awe is anything but new. For these ancestral guardians of the forest, the Amazon’s fauna and flora are both a sacred mystery and secret knowledge. In a position of humility with regard to the sublime, their culture is also transmitted through the vital knowledge of plants and their virtues. In the words of Edison, who grew up in a native community and now works as a forest guide in Manaus, in the heart of the forest, this knowledge transmission holds a ‘wisdom that modern science cannot seize’.

The jungle is seen as a caring and generous mother – a giant pharmacy, supermarket and tool shop. One fruit, which looks like a yellow kiwi, when opened, offers a red substance that is perfect for face-painting; a certain type of tree spits off a drinkable milk when a hole is dug inside its trunk. Other plants and trees can serve various pharmaceutical purposes, for treating mosquito bites to coughs, headaches to malaria. Not all of the jungle’s vegetation is so  benevolent – a certain plant root, that is highly poisonous, has for instance served as a crucial weapon for natives of the Rio Urubu during colonial Portuguese invasions. Local Amazonian cultures all have their own particular knowledge and secrets that they derive from their local area, in a forest that is never truly the same, from one river to the next.

As Wellington, a 26 year old native of the Rio Urubu, explained to me, ‘Indian tribes never go to the hospital. They take everything from the jungle’. Plentiful and generous, their natural environment is and has always been their own kind of wealth, one that as such deserves a certain respect in return. As this nature protects them, it is common-sense for Indians to ‘protect it back’, by feeding the virtuous yet vulnerable cycles of life that they inherited, and want to transmit. An ancient wisdom and ethic that sadly, in the eyes of Wellington, does not translate itself sufficiently in the juridical and political realm of Brazil, which clearly ought to ‘protect more’ these sanctuaries.

No way, says Brazil’s new president, Jair Bolsonaro. In a recent talk with foreign journalists, the newly elected president argued that ‘The Amazon is Brazil’s, not yours’. In a blatantly ideological position, he mocked the international community which in his view wants ‘the indigenous people to carry-on like prehistoric men with no access to technology, science, information, and the wonders of modernity’ – the whole discourse is intertwined with his evangelic belief that he is ‘fulfilling a mission from God’. This unrestrained showcase of ideology is very revealing of the root of the environmental problem in Brazil, if not indeed, the world: a zombified recrudescence and re-affirmation of colonialism.

In São Paulo, the modest Casa Amarela is occupied by a small community of activists, living in quasi-auto subsistence through permaculture. One of their current projects is to organize an artistic encounter between disparate native people of Brazil, to creatively ‘unify their forces’ against the ideology that threatens them all. Bianca, an artist and architect of the house believes that while the artisanship of Brazilian tribes is already widely recognized, indigenous art is still widely unknown and un-valorized: a unified affirmation of indigenous communities’ artistic creativity would as such serve as a deeply needed weapon of cultural revaluation, in turn helping their fight for survival.

In Bianca’s view, the colonial regime brought by the Portuguese has only left ‘in appearances’ as it has ‘disguised itself in democratic looks’. The surprise election of Bolsonaro would as such just unveil a persisting structural racism of the white majority of her country towards Brazilian natives and Afro-Brazilians. Yet, ‘what is the difference between the white man and the Indian’ in a country such as Brazil? Ethnicity is rather un-categorizable, for her, in a population that has mixed and exchanged genes through time. Racial or cultural differentiation and hierarchization as such seems more like a comforting ideological construct of the powerful to justify strong repressions against any divergence from minorities.

In Brazil in particular, though the rest of the world arguably follows a similar trend, a strong authoritarianism, if not ‘fascism without filters’, in the view of Bianca, has been established. What ‘goes against the line of thought of Bolsonaro and the elite is directly and violently repressed’. This will to conform Brazilian people to a certain “white” socio-political model now concerns of all the major powers in the country: the governmental and mediatic one but also the religious, evangelic influence. The latter would be in a process of deep ‘radicalization’, not unlike the progress of Islamic fundamentalism in the Middle East.

In the face of this political despair, there seems to be one consensual and pragmatic way to stop, or at least attenuate environmental and cultural slaughter: the juridical demarcation and protection of both natural wildlife and cultural minorities. Unfortunately, the global demand for transgenic soy (exported mainly to feed animal livestock) or palm oil – among others – creates a strong economic disincentive for this political progress. This, in turn, is a responsibility that succumbs deeply to the “developed world” and the free-trade treaties that it continues to promote and adopt, or to the infernal demand for more meat that advertising only helps to stimulate.

As such, the issue is less to do with a tyrannical and irresponsible government, though it is in part, than a hypocritical international economic community that fails to admit the responsibility of agricultural globalization, the incentive of growth and the cult of meat eating in the Amazonian predicament – or indeed, the ecological crisis in general. The European Union, in this sense, cannot claim itself at the forefront of the climatic and environmental battle while it pursues these same obsolete and dangerous models – a hypocrisy revealing itself with the planned free trade deal between the EU and Mercosur, which has been discussed and negotiated in total opacity for two decades. An abject environmental backpedalling.

This deal is deeply revealing of the role played in the environmental crisis by economic globalization, which continues to be promoted by a hegemonic but retrograde political class. The whole stake of today’s climatic and cultural politics is to initiate a process of re-localisation, in the two intimately connected domains indeed of the environment – re-valorising short circuit chains of agricultural production and distribution – and of culture, by protecting all endangered ways of life and languages. The Amazonian predicament is not a Brazilian but a world-systemic one, it thus calls for an immediate international response in the face of environmental breakdown. As Bolsonaro calls for ‘partnerships’ with foreign countries and companies, these bodies must be made aware of the inevitable complicity in ecocidal and cultural crimes that such links would entail.

The present threats to the Amazonian rainforest and indigenous cultures is one of the ultimate illustrations of the impasse humanity finds itself in. The virulence and unconstrained-ness of Global colonialism, its disdain for nature and its authoritarianism brings us back to the root of the poison that has infected human minds and the societies that are supposed to bring people together. It highlights the interconnection between the evangelical, the colonial, the authoritarian and the ecocidal, which all go hand in hand in Brazil – but of which other countries know similar trends. It also, crucially, asks humanity to consider itself in the same ecological boat. The Amazonian forest is a global environmental pillar, fundamental both for the climatic stability of the atmosphere – its trees sucking more carbon out of the air than anywhere else on earth – and the preservation of biodiversity, as more than half all of the world’s animal and vegetal species are concentrated within its confines. And the capacity of action from the international community to protect it is underestimated, almost unused.

In fact, if the environmental collapse already on track has one lesson to give us, it’s the absence of any ‘frontier’ whatsoever, and of the futility humanity has embarked itself in by imagining some. The frontier between man and nature, the primitive and the civilized – even the very relative term of “abundance” against “depravity” – all of this is put into question by the communities that have since ancestral times lived in harmony with the forest that surrounds them. Deeply, the challenge is thus more to shake up our representations and imaginations so that we might give a second chance to nature and ourselves. Time is running out fast: according to some scientists, a little more than 17% of the Amazonian rainforest has disappeared these last 50 years, and it would take only around 20% of it to be deforested – not unlikely given a recent surge currently going at the rate of three football fields a minute – to reach a point of no return, in the sense that the Amazon would not contribute to the climatic equilibrium any more.

Mankind has less than 300,000 years of existence, while the first known fossil forest dates back to 385 million years. Let’s rise to eradicate the thought and system that threatens to extinguish both in less than a generation.