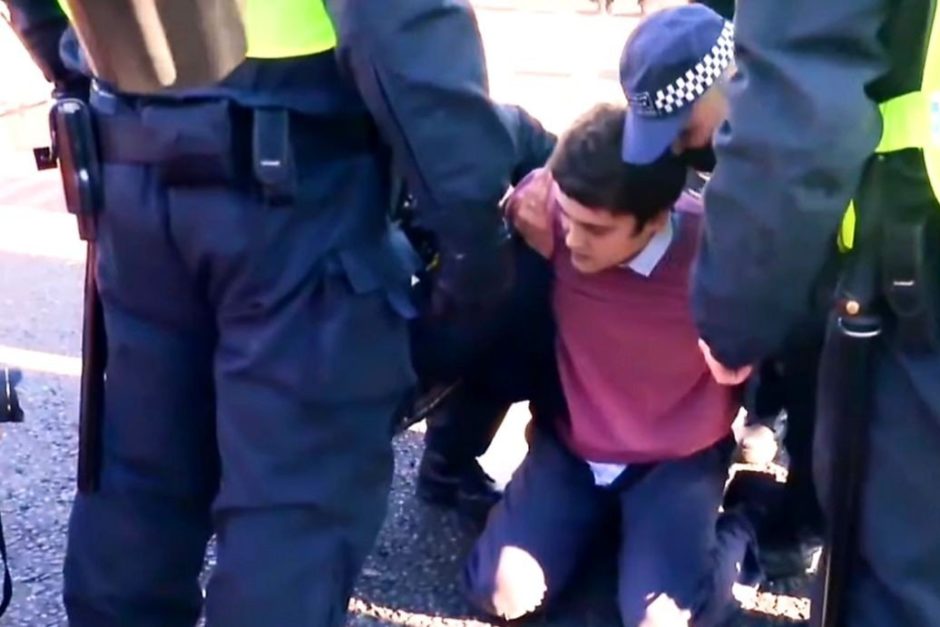 The Metropolitan Police is acting on its threat to prosecute over 1000 people arrested during Extinction Rebellion’s protests in April, which raised the alarm on the Climate and Ecological Emergency. [1]

Nearly all those arrested and released under investigation will appear before magistrates over the coming weeks, it was confirmed in a case management hearing this week. More than 30 people have been summoned to City of London Magistrates Court this Friday, with over 50 set to be called each Friday through August. All will be charged with breaching the Public Order Act.

Extinction Rebellion welcomes this extraordinary opportunity to take our message into the courts. These prosecutions give our rebels a platform to speak the truth about the dire situation we’re in. Our legal team also hopes to use these cases to set a major precedent in British law, establishing a citizen’s right to act in the face of emergency. We have just launched a CrowdJustice campaign to raise funds for defendants’ legal costs. [2]

But we question the motivation of the Metropolitan Police.

During the Rebellion, the police took a gentle approach and allowed our peaceful occupation of central London sites to continue for ten days. Only 70 people were charged at the time, most after being arrested more than once. But subsequent criticism that the Met Commissioner was unprepared appears to have stung. [3]

We call on our police to concentrate its efforts on serious problems such as knife crime and gang violence, not on petty face-saving.

We are also disappointed at the Crown Prosecution Service’s failure to challenge these prosecutions. Where is the public interest?

The burden this tsunami of cases will place on the courts is unprecedented and will impact the day to day work of the criminal justice system. With most defendants likely to receive a conditional discharge, the waste of court time and resource is unjustifiable.

The April Rebellion made headlines around the world and propelled the issue of climate breakdown up the political agenda. While the response of our government is still criminally inadequate, there have been some significant first steps. Parliament has now declared a climate emergency, Labour has a shadow climate justice minister and six select committees are holding a citizens’ assembly on the climate crisis. The public demand for urgent political action escalates. The 1,000 plus people who helped make this happen should be applauded not criminalised.

We call on the CPS to stand up to the Metropolitan Police and halt this new wave of prosecutions.

Retired GP and grandfather, Bob Rivett, one of those recently summoned, said.

“I certainly have no regrets about joining XR, occupying Waterloo Bridge, defying police orders, being arrested or being charged.

“Thousands of my, normally law-abiding, fellow citizens, pillars of their communities, of all ages, from all walks of life and from all parts of the country, came together to point out that our government is letting us down so badly that they endanger our very survival. Should the government not ask themselves just who is in the wrong?”

“I did what I did in the knowledge it may lead to a prosecution and I am prepared for the consequences. However I acted to prevent mass loss of life and will appear in court to prove my actions were reasonable, proportionate and responsible. If the courts cannot show my thinking is wrong then I will continue to take non-violent direct action to save lives.”

Extinction Rebellion is a broad movement of tens of thousands of people of all ages and from all walks of life. There are countless opportunities to join the movement that don’t involve arrest, not least by joining our court support team. For our major actions to succeed, however, we need a core of rebels willing to put their bodies on the line. For the hundreds now tied up in legal proceedings, future arrest brings greater risk and could exclude them from further action. With major uprisings taking place next week and an even bigger rebellion planned for the autumn, Extinction Rebellion needs you.

We appeal to all worried, law-abiding citizens everywhere to follow these rebels’ example and exercise your moral right to act.

To find out where to find a non-violent direct action training contact your local group or visit our events page: https://rebellion.earth/act-now/events/

Charged defendants are available for interview.