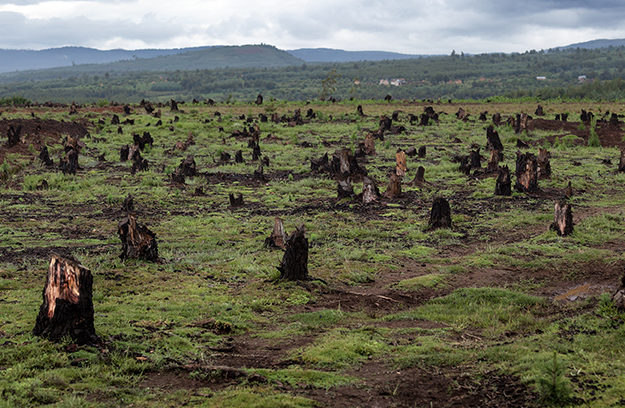 In recent weeks, the environment has risen to the top of the political agenda and the truth is beginning to be spoken. This has culminated in the UK Parliament declaring an Environment and Climate Emergency – two days after Scotland and Wales.

However, too much of the focus has been on greenhouse gases and climate change. We also face an ecological crisis – the sixth mass extinction – which is as dangerous for our planet as climate change. The UN IPBES report on biodiversity released on Monday shows that our way of life is causing nature to collapse.

The report delivers a stark message that humanity is engaged in the mass annihilation of other species with whom we share our home.

This collapse in biodiversity also poses a major risk to the future of humanity as biodiversity of plants cultivated for food and the global population’s health are both under severe threat.

With this devastating news comes an incredible opportunity: a chance to help nature heal.

Because of the colossal shift in public attitudes within the last fortnight, it is now becoming politically realistic to rethink how we produce food and relate to the rest of the natural world. We should not only be seeking to protect what is left but also to restore what was lost.

Thanks to thousands of people who put their bodies on the line for Extinction Rebellion’s International Rebellion, with more than 1,000 people willingly arrested to raise the alarm on this cause, people are ready for change. Any politician would be mistaken to ignore the public’s change of heart.

We are now the defacto stewards of all life in the known universe. And we are running out of time. We have only one choice before us: Extinction or Rebellion.﻿

“The UN’s Intergovernmental Science-Policy Platform on Biodiversity and Ecosystem Services (IPBES) report is the most damning of its kind and reveals our consistent and extensive failures to address the accelerating loss of biodiversity. It is both shaming and shocking. Little or no progress has been made towards halting extinctions, loss of habitat or restoration of ecosystems, within safe ecological limits or sustainable production and consumption.

“We must radically transform the ways in which we live with nature and to do so will require evidence-based and science-led interventions by the public, the private sector and the government.

“Human behaviours, including our reliance on degenerative as opposed to regenerative practices, manifest in land use change, which is the major cause of what is now a rapidly accelerating loss of biodiversity. The failures to make progress show that it is our collective duty now to reject complacent and inadequate responses and to rebel. The future of all life is at stake.”

“The natural world is collapsing because of how we live and we will go with it unless we act now. We must accept that we can’t go on as we are. Not only are we destroying nature but we’re worsening our own health and making it harder for us to feed ourselves. It’s time to rethink how we grow food, travel and look after the countryside.

“It may mean hard choices but the rewards are enormous. Within our lifetime we could see nature restored and our children’s future secured. The alternative is not an option. We have no choice but to rebel until our world is healed.”

Time has almost entirely run out to address the ecological crisis which is upon us, including the 6th mass species extinction, global pollution, and abrupt, runaway climate change. Societal collapse and mass death are seen as inevitable if rapid action is not taken.