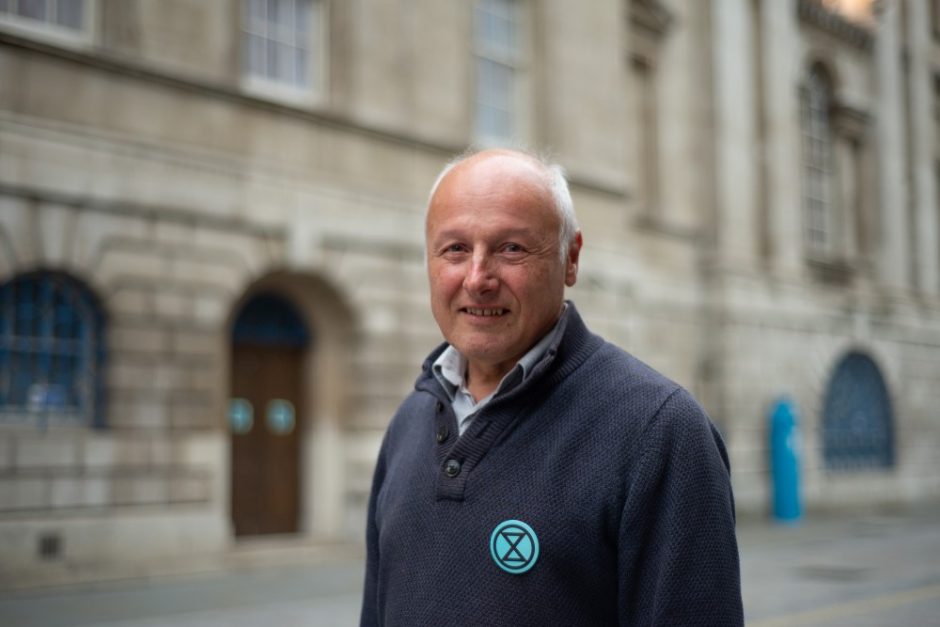 Stephen, who has also been a teacher, designer and fitter, was arrested on Waterloo Bridge during the 2019 April Rebellion. He pleaded guilty at City of London Magistrates’ Court on 11th October 2019 and was given a six month conditional discharge and £105 court costs. He was arrested again in Marsham Street during the 2019 October Rebellion.

“I have had several careers and done many jobs but have always had a love and respect for nature since I first learned the science of global warming back in 1976 at university and the awful things we were doing to this Earth.

I was arrested, picked out of the crowd, on Waterloo Bridge in April 2019 and taken to Lewisham nick. I pleaded guilty at City of London Magistrate’s Court on the Friday of the October rebellion, having just been arrested a second time that Wednesday with my friend Peter, sitting in Marsham St, some of the last to be turfed out.

I was so impressed with my co-defendants courage and statements. As a Christian with a deep reverence for the sacredness of the Earth, my mitigation statement was part of an address given by Pope Francis to the people of Bolivia where he exhorted them to look after the Earth, ending in the words, “In God’s name I urge you to protect Mother Earth.”

I am now inspired to go further by some of my friends in Christian Climate Action who recently pleaded not guilty and glued on in the dock, since the courts are complicit in continuing the Earth’s destruction. Two of them were sent to jail for 14 days for contempt, serving seven days. I pray for that kind of courage in speaking truth to power.”